Home  > An article about petroleum coke

Since the first delayed coking unit was built in Standardo in 1929, the technological innovation of delayed coking has never stopped, and the pollution of the decoking system to the environment has been improved considerably. The delayed coking process is widely used by many oil refineries for deep processing of heavy oil due to its advantages such as mature technology, high conversion rate of heavy oil, and low production cost. Through this article, let's take a look at petroleum coke. The introduction of petroleum coke on Baidu Encyclopedia is that after crude oil is distilled to separate light and heavy oil, the heavy oil is then thermally cracked to convert the product into a product. See, coke is irregularly shaped, black lumps (or particles) of different sizes, with metallic luster, coke particles have a porous structure, the main element composition is carbon, accounting for more than 80%, and hydrogen 1.5%-8 %, and the rest are oxygen, nitrogen, sulfur and metal elements. 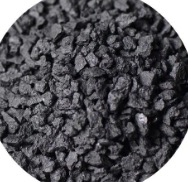 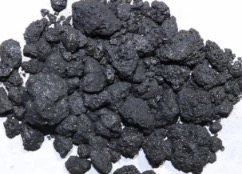 (1) Needle coke. Needle coke is a solid with silver-gray appearance and metallic luster. The surface has an obvious slender needle-like or fibrous texture. It has a lubricating feeling. The internal holes are large and the surface is small, and it is slightly elliptical. It has a series of advantages such as low thermal expansion coefficient, low porosity, low sulfur, low ash, low metal content, high electrical conductivity and easy stone star formation. Its graphitized products have good chemical stability, corrosion resistance, high thermal conductivity, and good mechanical strength at low temperature and high temperature. The structure of the material determines the performance, and the material performance determines its application. Needle coke is the main raw material for ultra-high power electrodes at present. , it can also be widely used in lithium-ion batteries, electrochemical capacitors, nuclear graphite.
(2) Sponge coke, sponge-like petroleum coke is obtained by delayed coking method. Due to its high sulfur and metal content, it is usually used as a fuel for calcination, and can also be used as a raw material for calcined petroleum coke. The calcined sponge coke is mainly used in the aluminum industry and as a recarburizer.
(3) Projectile coke or spherical coke: It is spherical in shape and 0.6-30mm in diameter. It is generally produced from high-sulfur and high-asphaltene residual oil and can only be used as industrial fuels such as power generation and cement.
(4) Powder coke: It is produced by fluidized coking process, with fine particles (0.1-0.4mm in diameter), high volatile content and high thermal expansion coefficient, so it cannot be directly used in electrode preparation and carbon industry. 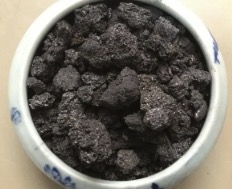 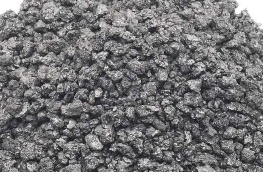 Low-sulfur coke: Can be used as anode paste and prebaked anodes for aluminum plants and graphite electrodes for steel plants. Among them, high-quality low-sulfur coke (sulfur content less than 0.5%) can be used to produce graphite electrodes and carbon enhancers. Low-sulfur coke of general quality (less than 1.5% sulfur) is often used to produce prebaked anodes. Low-quality petroleum coke is mainly used for smelting industrial silicon and producing anode paste. 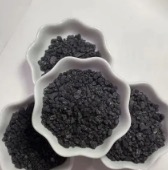 In a word, petroleum coke can be used in different industries, depending on its quality, it can be used in the fields of graphite production, smelting and chemical industry. Low-sulfur, high-quality cooked coke (such as needle coke) is mainly used to manufacture ultra-high-power graphite electrodes and certain Some special carbon products: In the steelmaking industry, needle coke is an important material for the development of new electric furnace steelmaking technology. Medium-sulfur, ordinary cooked coke, used in large quantities for aluminum smelting. High-sulfur, ordinary green coke is used in chemical production, such as the manufacture of calcium carbide, silicon carbide, etc., and also as fuel for metal casting. Most of the oil produced in China is sold in the low-sulfur category, which is mainly used for aluminum smelting and stone black production. In addition, it is mainly used to prepare carbon products, such as graphite electrodes and anode arcs, to provide steel, non-ferrous metals, and aluminum smelting; to prepare silicon carbide products, such as various grinding wheels, sand skins, sandpaper, etc.; to prepare commercial calcium carbide for supply Production of synthetic fibers, acetylene and other products: it can also be used as fuel, but when used as fuel, it needs to be ultra-finely pulverized with a graded impact mill, and can be burned after being made into coke powder by T2C-1250 equipment. Mainly some glass factories, coal-water slurry factories and so on.